What Are Lithium-Ion Batteries?

Editor's note: At a time when potentially risky energy storage technologies can be found in everything from consumer products to transportation and grid storage, Underwriters Laboratories helps to lay the groundwork for energy storage designs that are safe and reliable. As part of our work in this field, we want to share information on the foundations and current landscape of electrochemical safety.

What is a lithium-ion battery?

Lithium-ion is the most popular rechargeable battery chemistry used today. Lithium-ion batteries power the devices we use every day, like our mobile phones and electric vehicles.

What are the components of a lithium-ion cell? 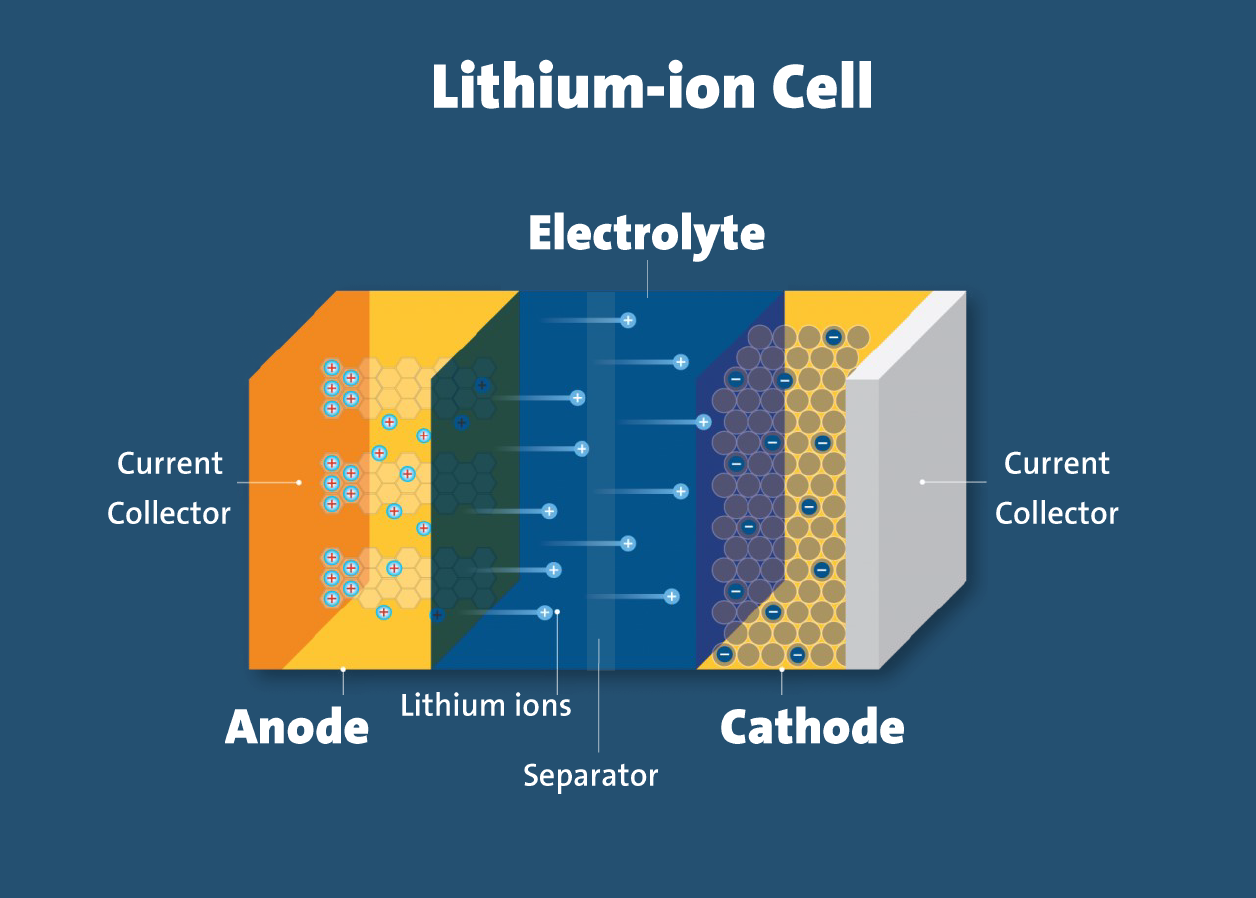 How does a lithium-ion cell work?

In a lithium-ion battery, lithium ions (Li+) move between the cathode and anode internally. Electrons move in the opposite direction in the external circuit. This migration is the reason the battery powers the device—because it creates the electrical current.

While the battery is discharging, the anode releases lithium ions to the cathode, generating a flow of electrons that helps to power the relevant device.

When the battery is charging, the opposite occurs: lithium ions are released by the cathode and received by the anode.

Find this information and more in our one-page resources

Where can lithium-ion batteries be found?