A wide range of experts lauded existing anti-counterfeiting efforts during a recent Underwriters Laboratories symposium but called on governments and social media platforms to step up their fight against counterfeit products.

“We definitely need to find more support within the governments and the business communities to expand this project worldwide,” Brohm said. “Let’s please aim for a recycling of counterfeited goods instead of the incineration of those goods.” 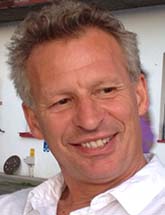 “We definitely need to find more support within the governments and the business communities to expand this project worldwide. Let’s please aim for a recycling of counterfeited goods instead of the incineration of those goods." — Ronald Brohm, director of React

Experts pointed to a wide array of environmental damages caused by counterfeit goods. Panelist D’Arcy Quinn, CropLife International’s anti-counterfeiting director, said counterfeit pesticides composed of unknown toxic chemicals are “a direct threat to the environment” that can destroy both crops and the economic stability of those who use them.

Underwriters Laboratories President and CEO Terry Brady noted the broad impact that both the unregulated production and disposal of counterfeit goods may have on the environment. Anti-counterfeiting research and education is part of the organization’s mission to promote safer living and working environments throughout the world, he said.

“In the interest of public safety, we want to continue encouraging new research and collaboration on anti-counterfeiting as it relates to different safety science topics,” Brady said.

University of Trento researcher Gabriele Baratto discussed during the symposium the “limited impact” that current anti-counterfeiting measures have on the use of social media to promote counterfeits. Baratto said his research shows that current situational crime prevention (SCP) measures spot, block and remove only some of the content on Twitter, Facebook and Instagram that promotes illegally traded medicines.

While saying SCP measures are effective when well implemented, Baratto called for greater anti-counterfeiting cooperation from social media platforms. Dan Burke, a special agent for the Food and Drug Administration’s Cybercrime Investigation Unit, argued that social media platforms must be held responsible and accountable for counterfeit content on their platforms. 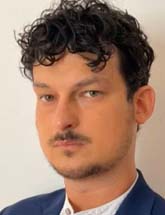 View the symposium and learn more about the event.