Sorry, you need to enable JavaScript to visit this website.
Skip to main content
Education and Outreach
Back
Recognizing Innovative E-STEM Programs that Power a Sustainable Tomorrow: The UL Innovative Education Award 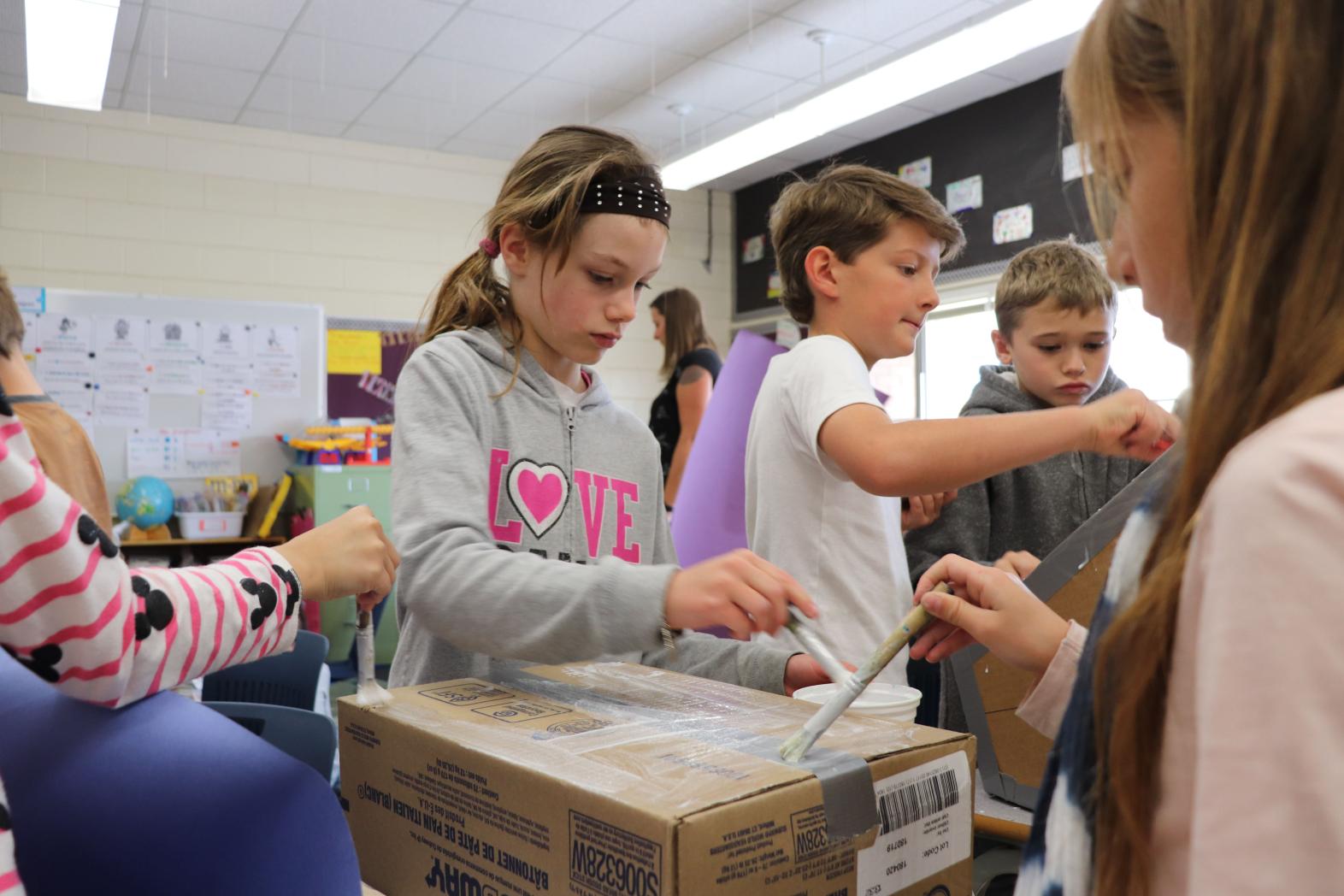 The UL Innovative Education Award (ULIEA) is an initiative that recognizes nonprofit programs that use the environment as a pathway to STEM learning (E-STEM).

In addition to being selected as a winning ULIEA organization, the award winners maintain a working relationship with the Underwriters Laboratories Education and Outreach team, who travel to each organization’s location to interview and film their educational activities.

One of the 2017 ULIEA winners that was visited is Re-Energy. Based in Canada, Re-Energy’s team of educators and environmental champions create hands-on STEM activities and projects for 10,000 classrooms across Canada. Every year they host solar oven challenges in which students work in teams to create solar-powered ovens to bake cookies. This year, members of the Education and Outreach team had the opportunity to visit a third grade classroom at Varsity Elementary School in Calgary, where teams of students worked on the solar ovens challenge.

Using cardboard, glue, duct tape and aluminum foil, the students were tasked with creating a solar oven capable of baking cookies. Students were separated into five groups, and were challenged to create their own mock start-up company, produce and build a solar oven (with given instructions), and then present their finished projects to their teacher and classmates.

After the solar ovens were built and presented, the students took their ovens outdoors and placed them in an area just outside of their classroom window, where they could observe the cookies baking.

Continuing in their quest to visit each ULIEA winning organization at their respected location, the Education and Outreach team also visited Design Squad Global (DSG). DSG provides fun and engaging, hands-on opportunities for middle school-aged children to solve environmental problems and to build engineering and global competency skills. DSG is a production of WGBH, the leading producer of programming for the Public Broadcasting Service (PBS).

This year, Design Squad Global participated in Touch Tomorrow – a festival of science, technology and robots, featuring hands-on experiments and interactive exhibits for all ages. The fifth anniversary festival included exhibits from Worcester Polytechnic Institute (WPI), NASA, WGBH and many other organizations.

In groups of two to six people, those who participated DSG’s engineering challenge had to build and test their own wind turbines and produce enough energy to lift heavy objects, all of which had to be completed within a 50-minute timeframe. While the materials for the challenge were supplied on-site, attendees were encouraged to research designs of different wind turbines to prep for this family-friendly event.

Finally, the team visited Chicago EcoHouse and the Chicago Botanic Garden’s Science Career Continuum as the two organizations engaged in a collaborative effort. Groups of students from the Science Career Continuum visited EcoHouse on the south side of Chicago to observe its work and facility. They learned the importance of working with limited resources, and how the students of the Chicago EcoHouse have the chance to produce work that will engage their interest in E-STEM fields.

After seeing the flower farm, the 3D printing station and learning about hydroponics, the students were put to work as they contributed to the development of the second EcoHouse farm located a few miles away. The students were tasked with planting fresh seeds, painting water containers and distributing mulch, all in an effort to learn about urban agriculture and help their fellow Chicagoans.

Visiting ULIEA winners provides an opportunity for the Education and Outreach team to witness how these organizations are using their resources to further our mission and continue their efforts.