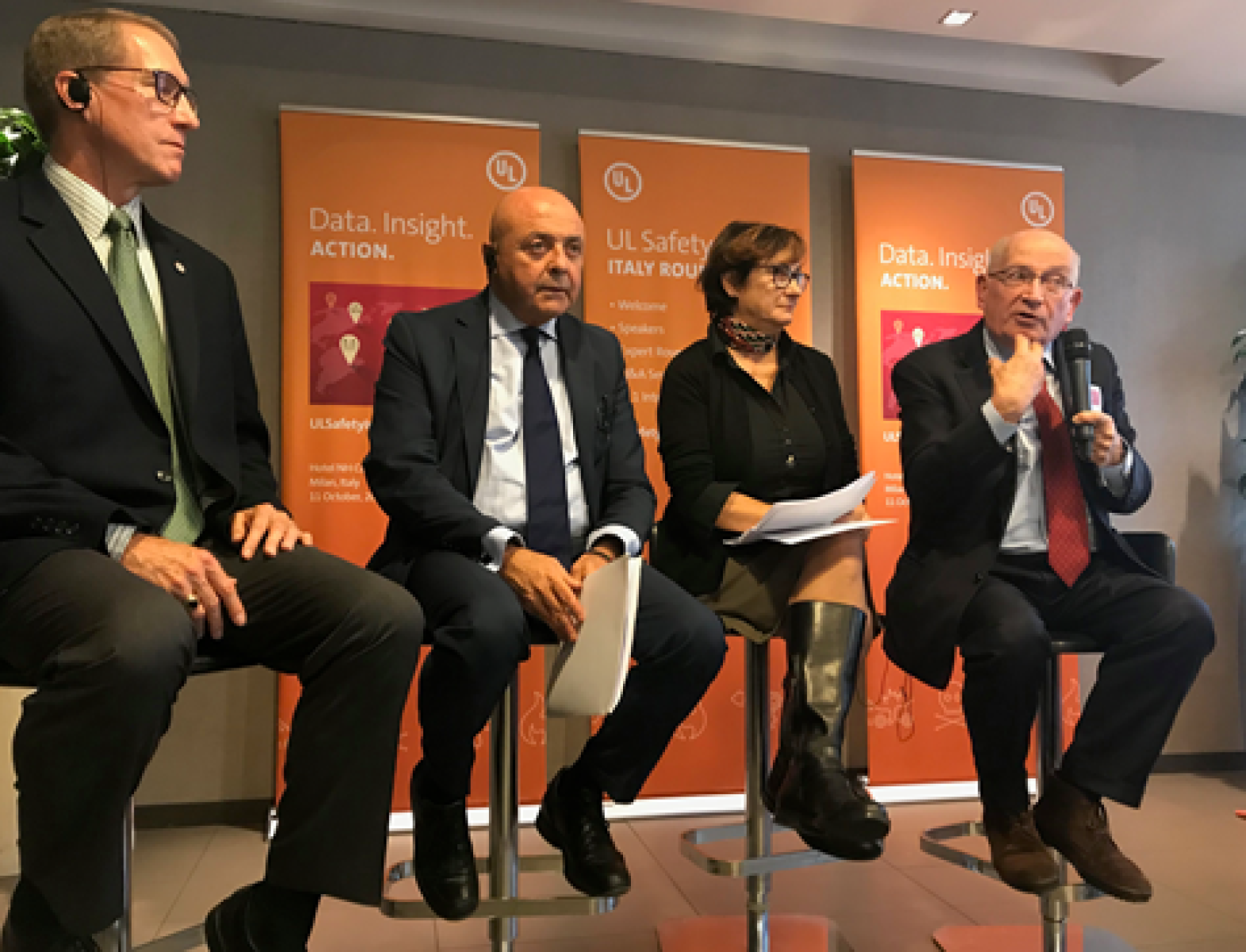 On October 11, 2018, UL hosted a roundtable discussion in Milan, Italy that examined the host country’s performance on The UL Safety Index™ and the factors that contribute to its ranking of 26 out of 187 countries. The UL Safety Index is an algorithm-based tool that quantifies the relative state of safety in each evaluated nation. Explore the site here: https://ulsafetyindex.org/.

The roundtable panelists acknowledged that the growing elderly population in Italy is at risk for unintentional injury and discussed the complexities that surround this emerging issue. Italy has the second largest elderly population in the world, and its birthrates have fallen. Societal roles have shifted traditional caregivers out of the home, leaving some elderly people to live alone. In a recent report, 18% of the elderly people surveyed categorized their social support network as ‘weak.’ Lack of government programs for the elderly and an aging infrastructure are factors that contribute to a society in which unintentional injury to a vulnerable elderly population is probable.

While there are no tidy solutions for this multi-faceted issue, UL is initiating the dialogue on this developing safety concern and analyzing the data as it becomes available. In support of UL’s Mission, the UL Safety Index is helping to advance safe living and working environments for people in Italy, and all around the world.